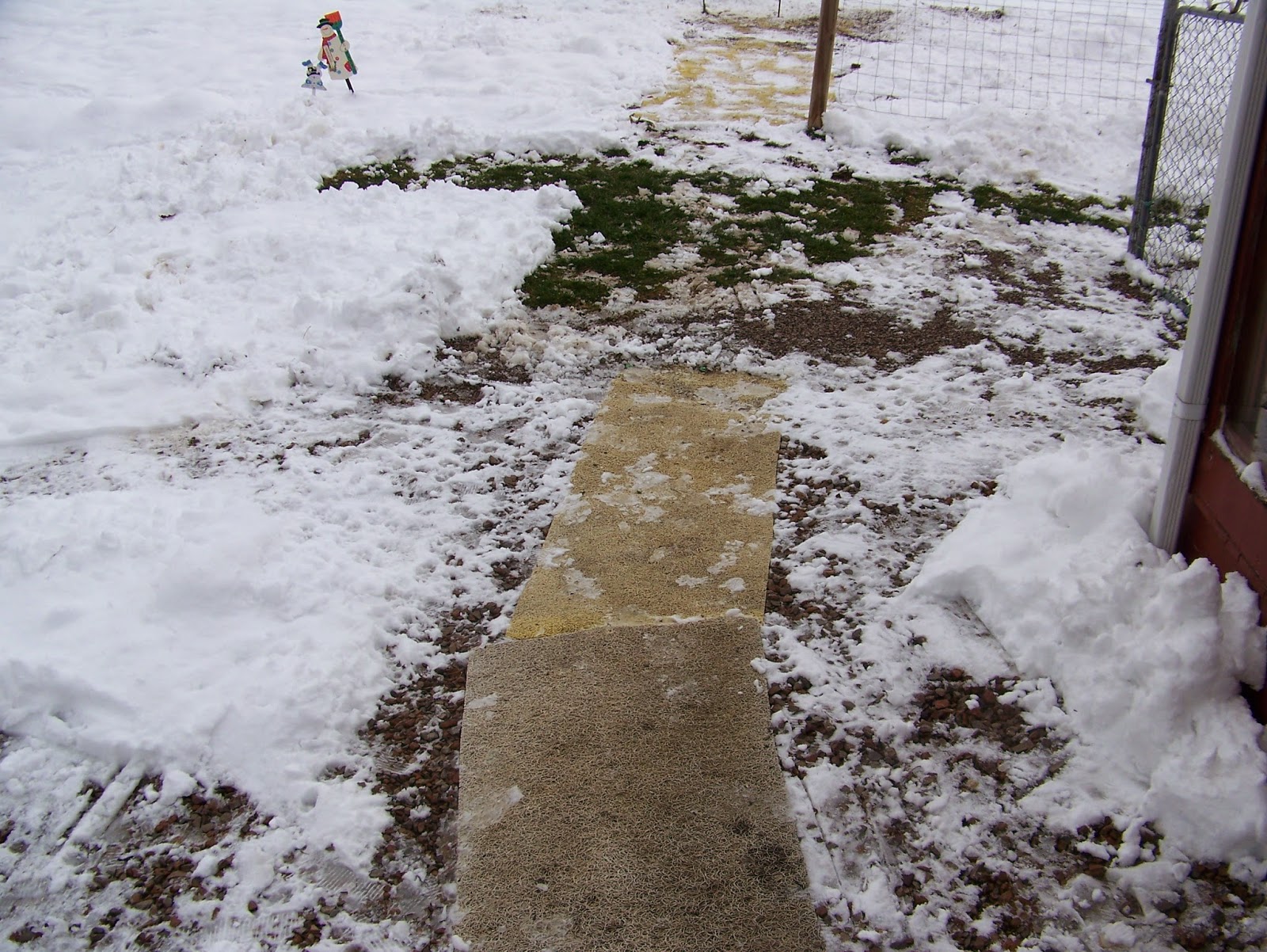 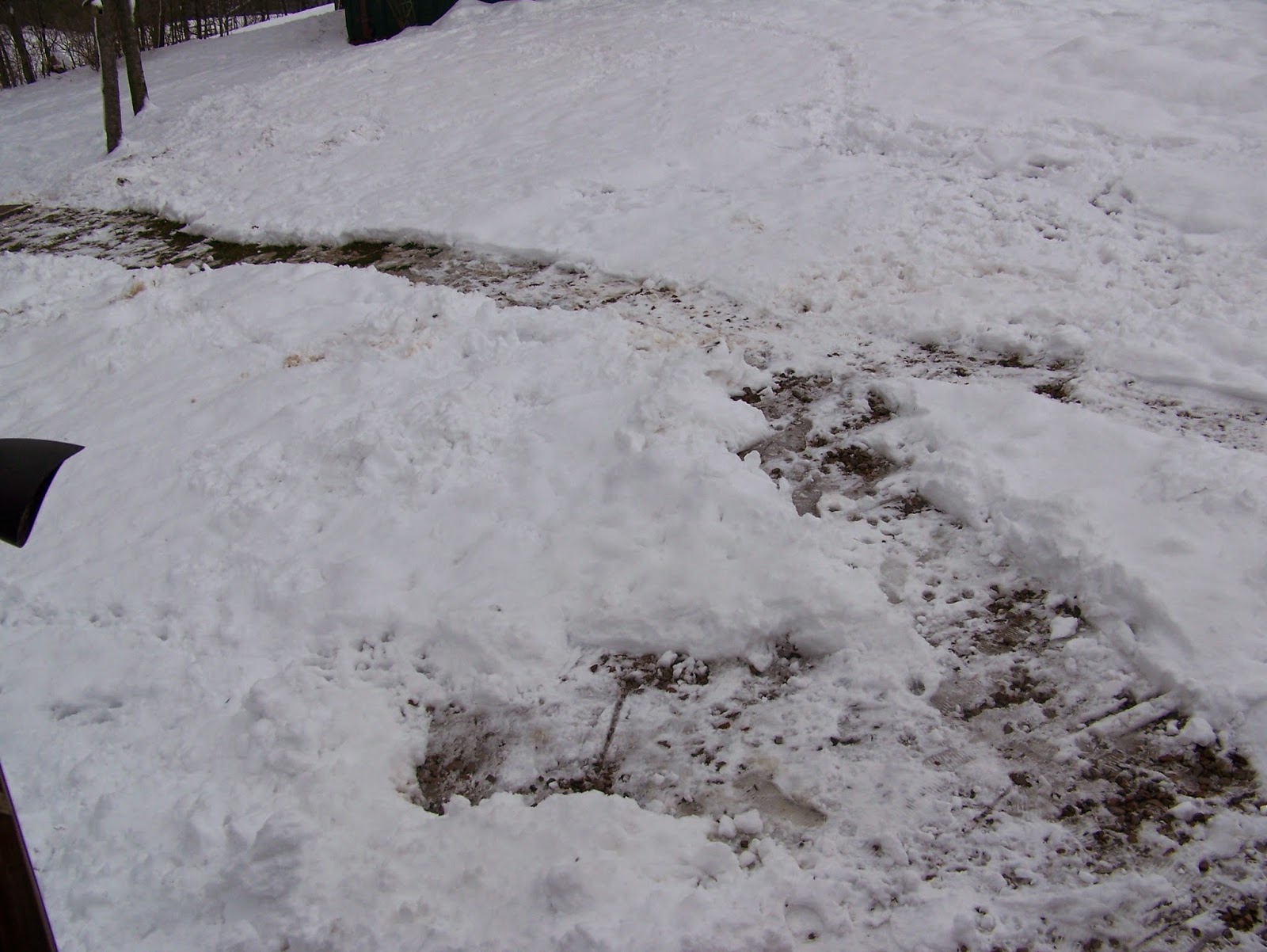 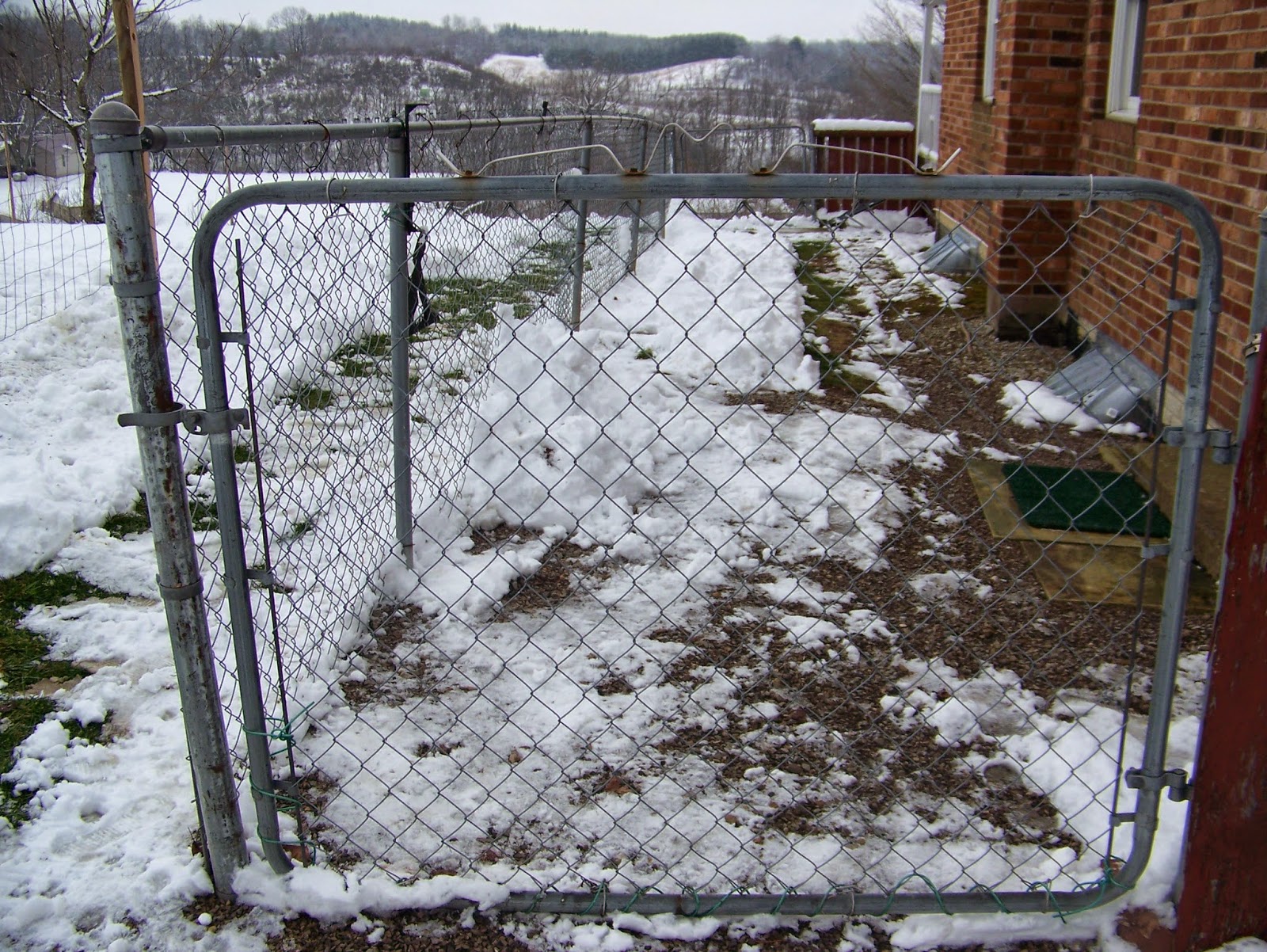 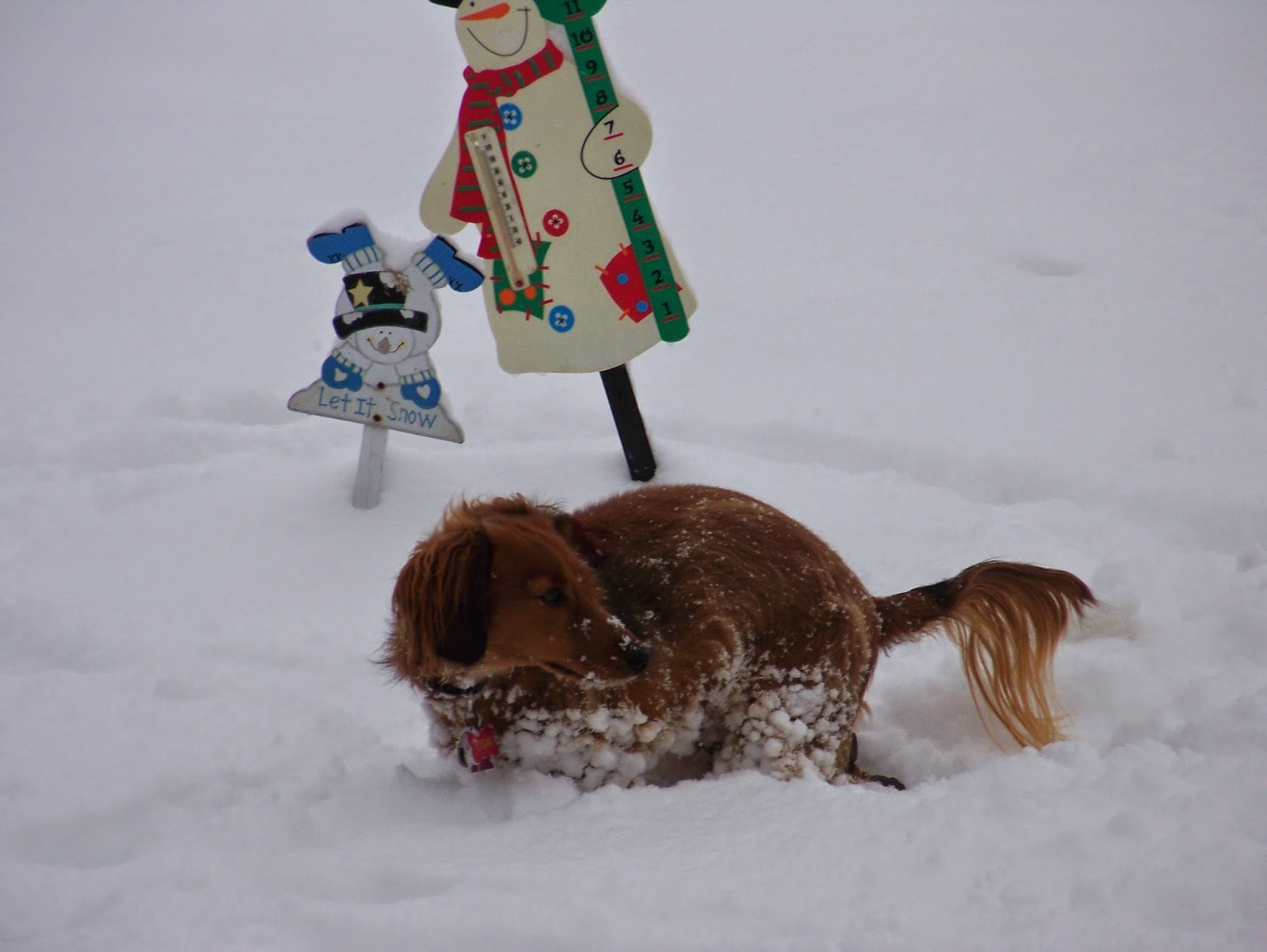 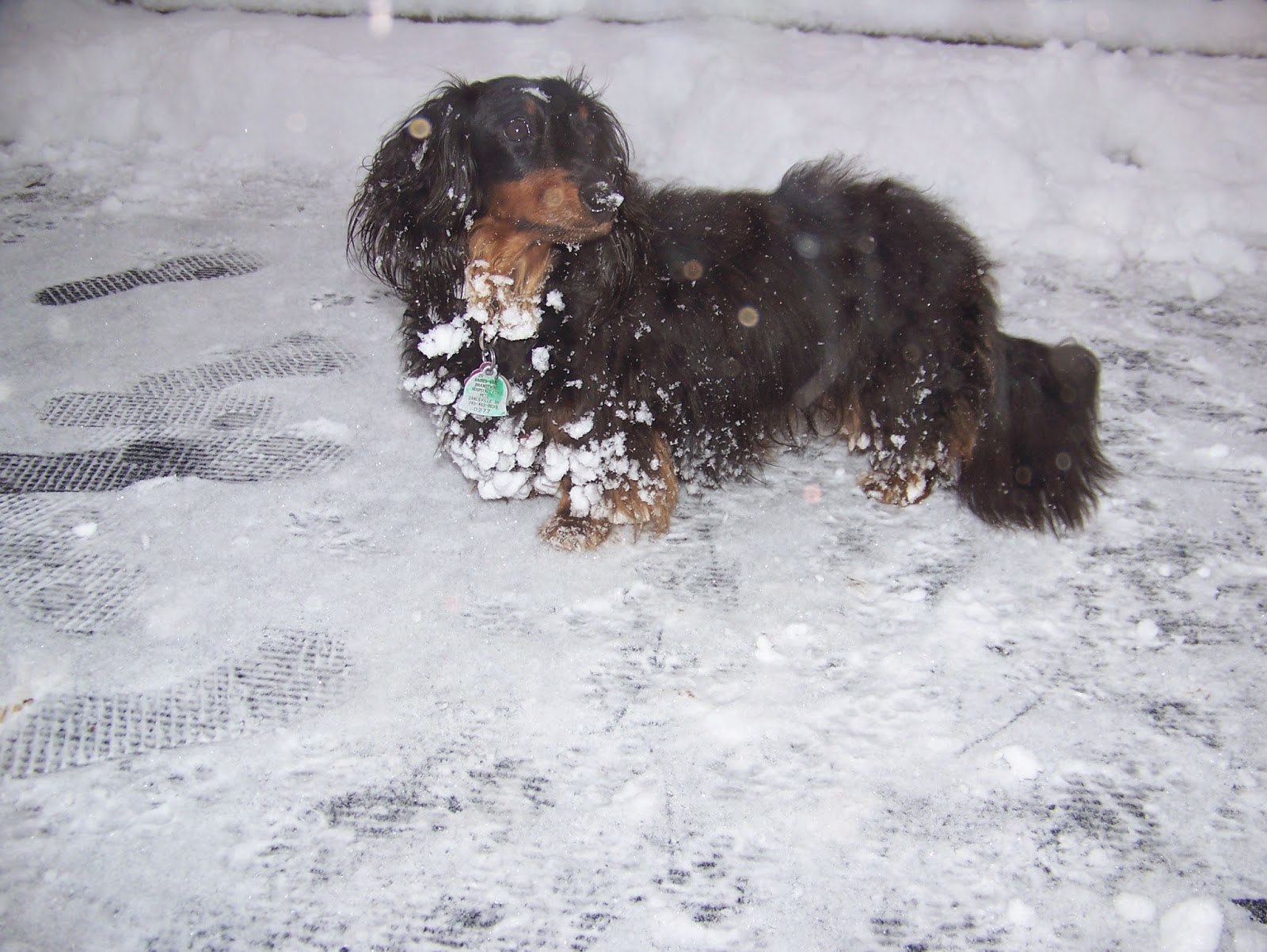 Look how the snow freak EGGS cling to our furs....    (we would have made ANOTHER Exclamation Point... butt of course that Key is STILL  busted)   OR we COULD have used an i  and said it was an AUSSIE  exclamation point..    BaaaaaWaaaah 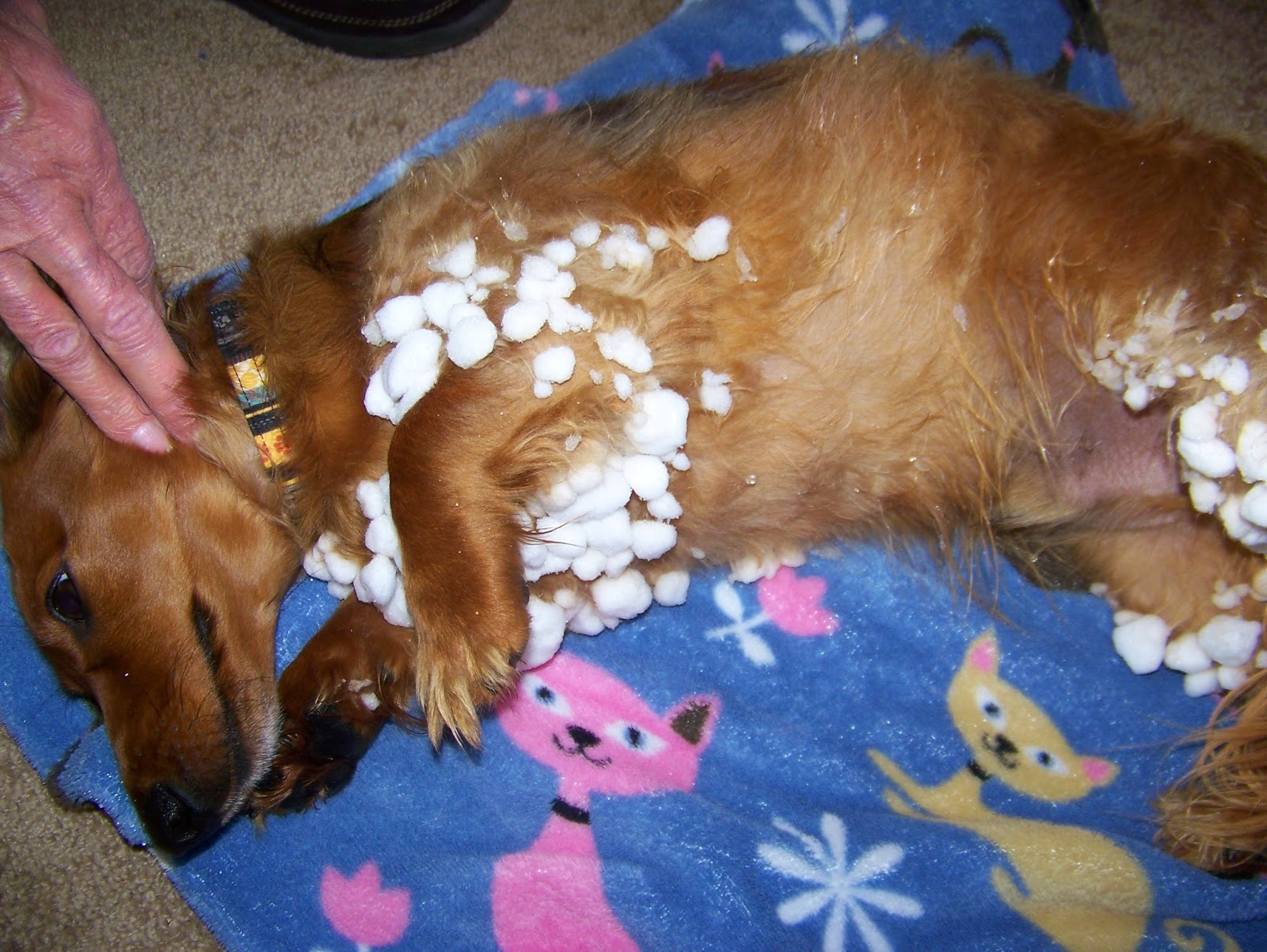 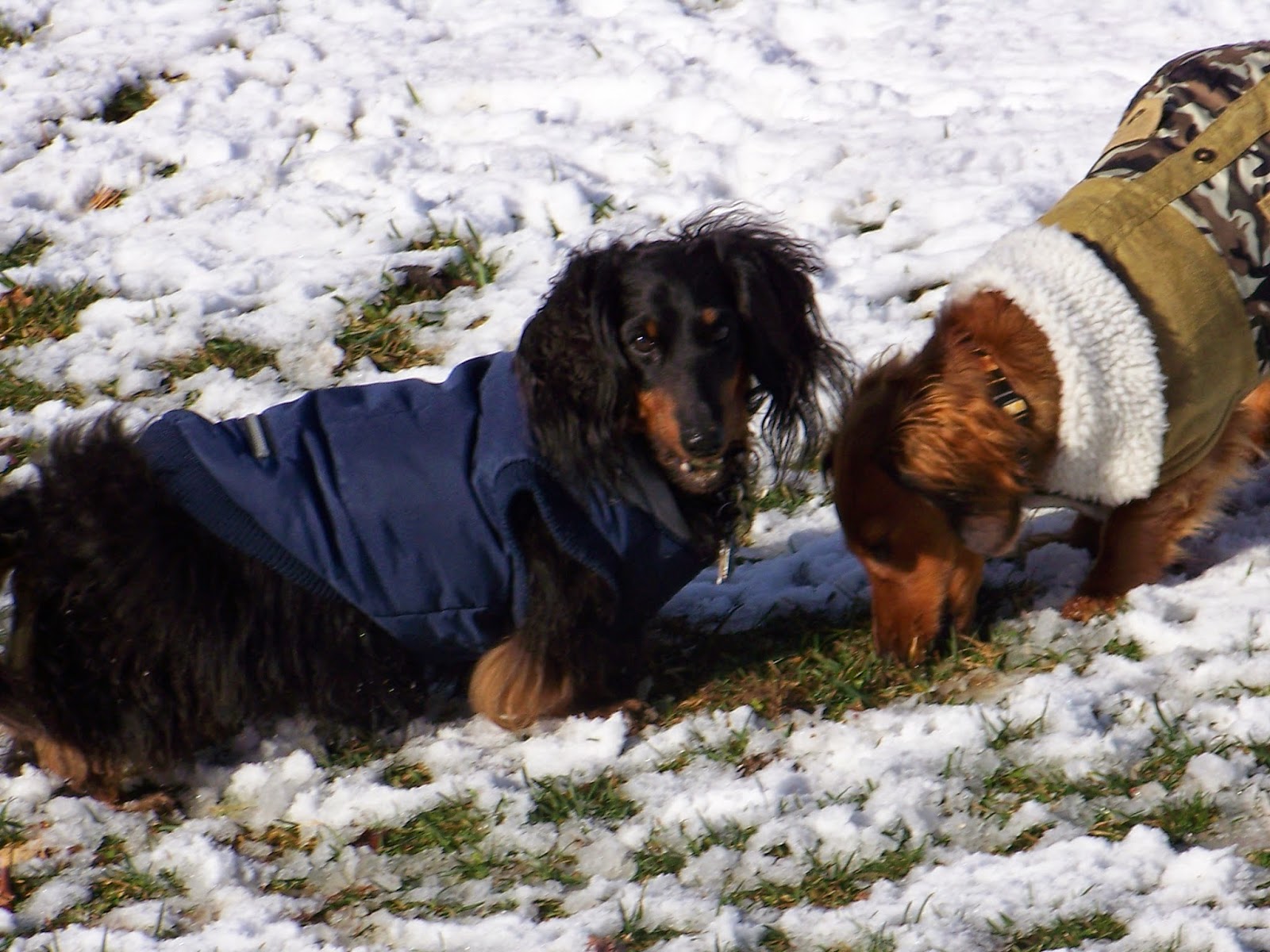 It's been warmer here too.

It's the same for us here, too! Not a flake of snow...it has been awesome!! Today is much colder...with wind chills.. which means no walkies...but as long as there is no white crap on the ground...we're happy!

We know it's just a matter of time before the Snow Gods dump on us....and hey...did you see Las Vegas on the news? They got snow!!!

Oh yeah, those SF eggs!I get those sumtimes. An Tux comes back in lookin like he's got dandruff.
My snow is windy an COLD. Not nice but 'cept to stay in an keep warm.

Enjoy it while you can, boys. Da snow freaks are lurking in da shadows iiiii

Alright...do you all live in my neighborhood because November was cold and snowy, December until the other day, warm and rainy, just awful! We are thankful to have gotten a good 5" of snow now and it is -9 this morning. It will get us walking real fast, that is for sure. Happy winter is back in our neck of the world.

OMD there were snow freak eggs on your fur last year... I'm glad that we have no snow this year, the new coat what Santa brought is too small for my big bum :o)
Easy Rider

It's definitely be a very strange year! We had a cold snap in November where it was in the 20s, then at Christmas it was in the 60s!

41 here today!♥♥! OHCs we just tried Alt 33 and Alt3. AMAZING!! Drizzle all day and just dang cold but like you said once we don't have to shovel rain...just wear hip boots.

Same here! It was in the 50s almost all last week. We finally got a bit of snow last night. Sorry about the snowfreak eggs. That's why we keep our coat trimmed short.

Snowfreak eggs? Quick, get them off before they hatch! Glad you are seeing some warmer temps there. It has been unseasonably warm here too.
Dip and Elliot x

You mean that you don't like the snowball dingles all over your furs, Frankie and Ernie? We are praying to the snowdoGs that we get hammered on Sunday, even though they're just predicting little to nothing with ice. We don't want the ice - just the beautiful cold fluffy snow!

We don't have any snow at all -- well, a "dusting" and you can only see it at the edges of the sidewalk. On the positive side, the windchill is below zero, so we had a GREAT walk this morning!
Cammie!

We have lots of snow right now butt it is blowing in our faces! They closed a post office in Centerville and trucks are tipping over on the roads! It is blowing like crazy!!

Your Pals Who Are Trying To Not Blow Away,

You lucky dogs! We got lots of snow on Christmas and now it is COLD! -2 this morning. So the snow is not leaving anytime soon.
hugs !♥
Mr Bailey & Hazel

Hari Om
OMD look at the snowballs you made!!! (apologies in advance for indiscriminate use of the exclamark - haven't worn mine out.... yet....) It has been very cold and a bit frosty, but no snow here either and NOW they are telling us it will back into double digit centipedes (???) for Hogmanay but will be raining like four-pawsers... which means the fireworks could be damp squibs...

We're having cooler weather, too. Butt that seems to be normal. The HOT weather,seems to hold off until school goes back in February...go figure.

Hope that Groundhog doesn't have other ideas!

We had a green Christmas but woke up today to a winter wonderland. We sure had fun playing in it today. We are lucky we don't get snow eggs sticking to our furs.

Hey FnE!
Wow, I always get a giggle over those little snow eggs in your fur! BOL It's colder here now, but still no snow for me either. Weird! :)
Grr and Woof,
Sarge, Police Commish

Hailey and Zaphod and their Lady said...

Hope the snow stays away. Our snow melted but we hear it is coming back this weekend!

That sounds nice guys!!! Then agains, havin' all those snow BALLS (hehehehe) clingin' to your furs could be funs too! BOL!!!! Just kiddin'..that wouldn't be funs at all!!
It's chilly today, and gonna gets chillier, butts that's okay with me!! It's 'California cold' not like REALLY cold! (as Ma likes to say!)
I hopes you guys stay Snow Balls Free!!
☺
Kisses,
Ruby ♥

I remember those snow clumps from when I lived in Bawston - yuck.

We haven't had any snow either. I am glad also, cause its too cold on my paws. It is pretty cold outside, but now snow.

The Adventures of the LLB Gang said...

This is the first week this winter that we have had cooler temps too!!
Smileys!
Dory, Jakey, Arty & Bilbo

Those exclamation marks you call iiii's look perfectly normal to me.

OMG! The eggs!!!! I am on board with snow, but I don't allow it to touch my belly. Mom is trained to pick me up and carry me if it gets too deep. Good luck with your !! Problem. 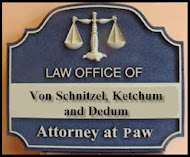 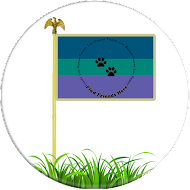 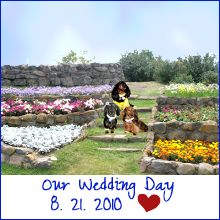 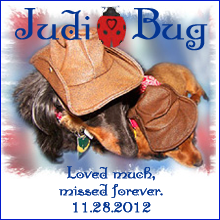 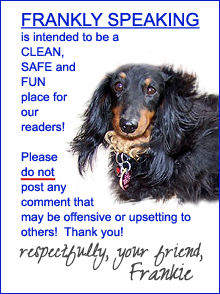